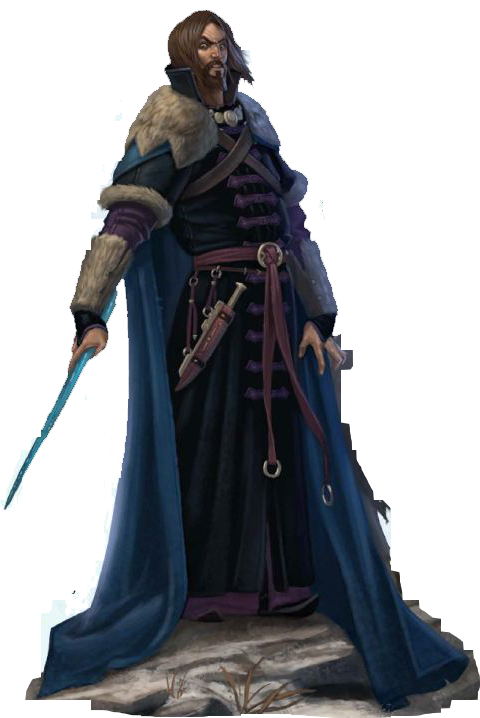 Unlike the winter witches in Irrisen, Radosek Pavril claims no direct bloodline linking him to the Jadwiga descended from Baba Yaga. Instead, he was stolen from his family in Taldor at the age of 4 by a White Witch of Irrisen, and magically transported to the icy north as a tribute for a service rendered to his late father — a foolish Taldan noble whose ambitions in Oppara ended in a bloody disgrace despite the deal he cut with the White Witch.

Originally, the White Witch planned to sacrifice Radosek in a demonic ritual requiring the soul of an innocent, but the witch’s daughter—a teenage girl named Nazhena Vasilliovna—discovered the boy’s aptitude for magic and pleaded with her mother to spare him. As a result, Nazhena raised and trained Radosek in the ways of the winter witches. Radosek eventually came to serve as Nazhena’s apprentice and rumored lover. With Radosek’s assistance, Nazhena supplanted her mother and claimed the Pale Tower for herself.

Tasked with locating the Black Rider and launching an assault through the Winter Portal in Taldor, Radosek leads from the Pale tower in Nazhena’s absence.